The Kingdom of Saudi Arabia has been taking significant steps to improve the legislative environment. This is through the development of Saudi new rules and the reform of existing legislation as part of the Saudi Vision 2030; which intends to lessen the Kingdom of Saudi Arabia’s dependence on oil, expand its economy, and encourage foreign investment. Therefore, this is where the anti concealment law comes into place.

In this article, we will be talking about new rules in Saudi Arabia 2021, especially the anti concealment law. To further control commercial operations and battle commercial concealing in the Kingdom, which was still pervasive in the rapidly changing Saudi Arabian market, the anti-concealment law, and its executive regulations are now in place. Let us see:

-What is the anti-concealment law meaning?

-Background of the anti-concealment law

-Penalties under this anti-concealment law

1. What is the anti concealment law meaning?

A new anti-concealment law was passed to govern all business transactions in the expanding Saudi market in response to the growing number of international investors conducting economic activity there.

Violators of the anti-concealment law Saudi Arabia and its executive regulations have a short amount of time to change their status; if they do not, they will face fines and penalties that we will see in more detail below.

The Saudi Arabian government has previously extended this grace period, most recently to February 16, 2022; therefore, allowing companies and investors to step forward and amend their status and settle their disputes.

2. Background of the anti concealment law

Within 180 days of the publication date, the new anti-concealment law went into effect, and by the time the Implementing Regulations take effect, the following is revoked:

The new anti concealment law defines concealment acts as any agreement or arrangement that permits a non-Saudi party to engage in unlicensed economic activity in Saudi Arabia by using the license or approval for the concealing party. Non-Saudi parties include natural or judicial persons who do not retain Saudi citizenship and are not their bearers. Also, any service that wants to to generate income falls under the broad definition of “economic activity”; which often necessitates acquiring special regulatory permits.

Depending on the type of business agreement, the new anti concealment law categorizes concealment activities as crimes or violations. Subsequently, the law may see the individual service provider as a collaborator in committing the concealed crime or breach if:

The Implementing Regulations also generally offer clarity on the specific regulatory regime and procedures, in analyzing the terrible concealment acts (taking into account some good faith conducted concealment infringements); clarifying the circumstances for assigning the concealment regulatory officials; as well as the guidance for enforcing the punishments in line with the provisions of the new anti concealing law.

The effective implementation regulations further broaden the definition of “controlling means” of an entity to also include a contractual or non-contractual agreement that permits a non-Saudi party to take actions and to exercise powers and privileges that are typically only available to an entity’s owners or shareholders (as applicable), such as:

-Transferring the earnings, profits, or returns that the entity is producing from the contracts (directly or indirectly) to the non-Saudi party’s account rather than the account that is relevant to the entity.

-Financing a company or any of its commercial endeavors.

-The power to choose or remove the entity’s manager.

-The possession of a company’s blank contracts, agreements, or other paperwork.

-Approving the manner of distribution and the profits to be shared among the shareholders.

4. Penalties under this anti concealment law 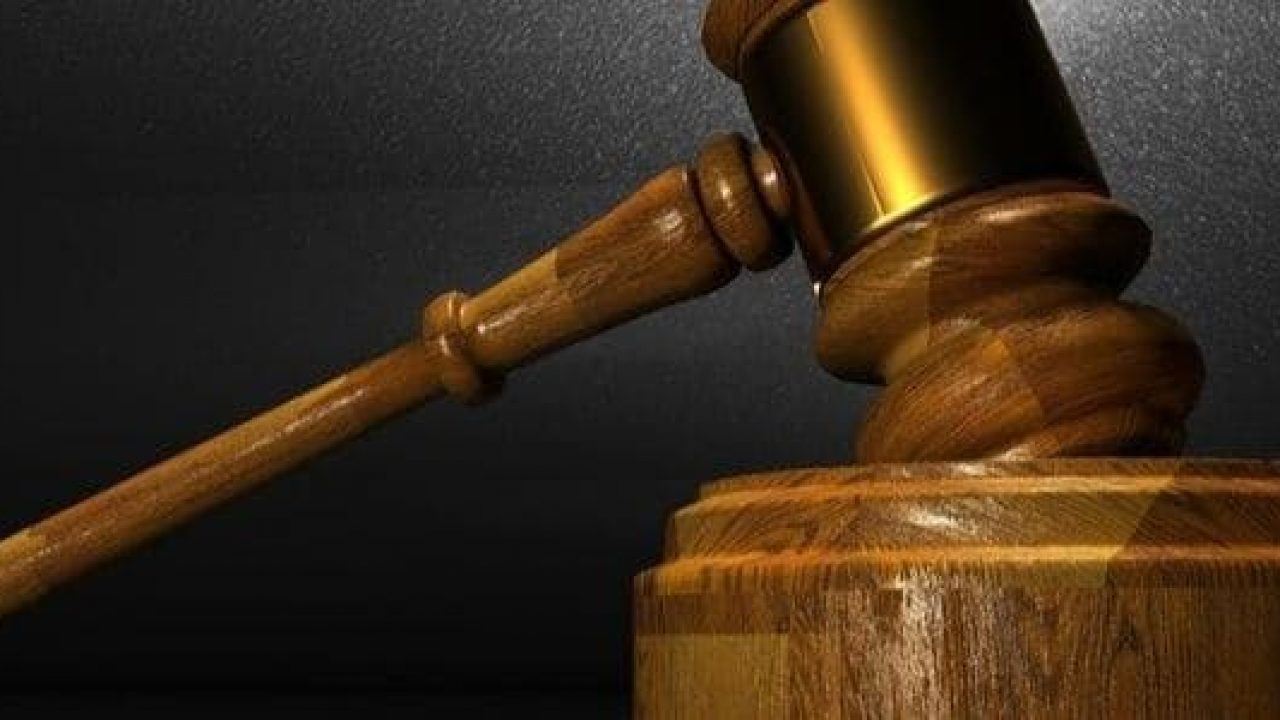 According to how each Concealment Act is in place, the new anti concealment law is providing stringent penalties. The punishments under the new anti concealment law must be decided on a case-by-case basis and may include high fines up to 5 million Saudi Riyals, five years in prison, a ban from entering the Saudi market, and potential dissolution of the relevant entity. Consequently, this is without bias to any other punishments that may be in place pursuant to any other laws.

By providing a potential compensation of up to 30% of the fines collected, the new anti concealment law further encourages individuals to report concealing acts while completely protecting their identities. Such reward is governed by the Implementing Regulations, which include:

-The reliability of the information provided in order to start the inquiry process.

-Obtaining the declaration that the judgment or decision is final.

-Not finding the information reporter guilty of the crime or subject matter violation.

-Receipt of the fine by the ministry from the offender who was found guilty of the violation or crime.

If violating parties come forward and reveal the concealment breach or crime, they could also be spared from punishment or have their fine/penalty lowered. However, it will depend on the circumstances.

Additionally, electronic methods are now a technique for official regulatory notices and demonstrating crimes or violations in the new anti concealment law.

The Rectification Regulations offer the following primary rectification options, as well as a grace compliance period beginning in March 2021 and ending before 23 August 2021:

4.1.1 Partnership in an entity between Saudi and non-Saudi parties

This is only applicable if the non-Saudi party has satisfied all legal conditions for its official designation into the entity as a shareholder.

4.1.2 Registration of the specific entity under the control of the non-Saudi party

This is necessary after the Saudi and non-Saudi sides reach an agreement to transfer ownership of the company to the latter after the former has complied with the legal conditions allowing it to acquire the company.

This shall apply through the admission of a new owner (Saudi or foreign investor with a license) in the business following completion of legal criteria and registration with the Ministry of Commerce.

4.1.4 The Saudi party’s persistence in carrying out its business operations:

The Saudi party may dissolve the entity through the sale, assignment, or separation of the entity in compliance with the regulatory processes.

4.1.5 Acquiring the premium residency by a non-Saudi party

In line with the applicable legislation, and correcting the situation through the use of the given benefits under the secure premium residency.

4.1.6 The non-Saudi party’s definitive exit from the Kingdom

Follows the filing of an undertaking showing the absence of private rights arising from any transactions conducted within the relevant party. The news of the departure shall appear in any of the Ministry of Commerce’s recognized means in order to invite debtors to register their demands (if any) within 30 days of the date of publication.

-The private details of the persons concerned, as well as their contact information.

-The type of activities.

-A number of branches.

-Period of providing the pertinent business.

-Further information on the connected licenses.

-The debts to include in the rectification procedure.

-Agreement on correction between Saudi and non-Saudi entities (if any).If the Saudi person decides to transfer ownership of the firm to a non-Saudi party, the non-Saudi party’s details must be provided.

-Any other information is relevant to the company activity, entity, or owner as sought by the Ministry of Commerce.

If the parties were unable to complete the required rectification initiatives within the prescribed period(s); then, the sides should rectify their position by choosing any of the other Rectification Options in under 180 days after the expiration of the necessary timeframe.

The following do not qualify for the exclusions and waivers provided under the Rectification Regulations:

-The guilty individuals of a breach or crime that is breaking the old or new anti-concealment laws and that took place before the rectification request was made to the ministry of commencement.

-The parties that showed up in front of the courts or the public prosecutor.

We advise all businesses looking to operate in Saudi Arabia to assess their existing agreements and seek the necessary legal counsel to make sure their operations are compliant with the new anti concealment law and its executive regulations; as well as the release of the rectification regulations.

Therefore, it goes without saying that Connect Legal is the best option for you in this case. We will take care of overseeing any legal process that you may be going through. In addition, we will offer you the support you need to overcome it.

With our firm, you can obtain help in the following practice areas:

In addition, you can obtain advice from one of these professionals:

Do you need more information about what is anti concealment law and new rules in Saudi Arabia 2021? Get in touch with us! You can schedule a meeting by calling us at +971 43 316 688. Also, you can write us at contact@connectlegal.ae.

In addition, go visit The Talent Point if you need job in the UAE right away. You only need to register to view the open positions that companies post on thetalentpoint.com every day. Last but not least, you can send us an email with your CV and contact details at contact@thetalentpoint.com, and we will do our best to match you with the right job.

Joanna LisaJoanna Lisa Mathias is a final year BBA LLB (Hons.) student at Christ University, Bangalore. She has shown continuous interest in legal research and writing through her law school journey and aims to contribute to the Middle East’s legal sector through research articles and consistent learning. Apart from the law she enjoys exploring cultures through food and is eager to travel far and wide.

View all posts by Joanna Lisa

We Are Social On:

This site uses User Verification plugin to reduce spam. See how your comment data is processed.